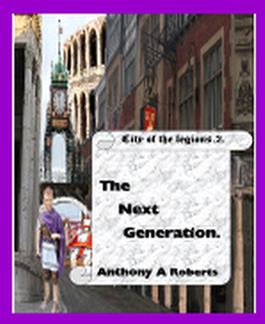 Octavian joins the famous Agricola during those final years of conquest. His star is on the rise.

Marcus receives a kind offer that he will not refuse, after Pompeii lies buried under a sea of ash. His eagle is on the rise.

This is another warts and all story of ambition, and assimilation as the Next Generations come to the fore.

No one invented Saints during the first century AD.  Is it any wonder the family play by Roman rules and not ours?

This story is available electronically on          KINDLE   or     SMASHWORDS

and in paperback at